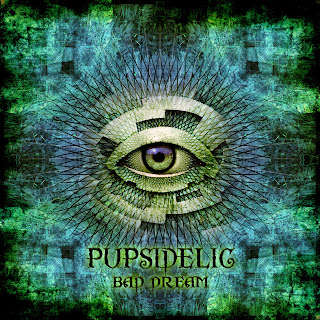 Dreams are successions of images, ideas, emotions, and sensations that occur involuntarily in the mind during certain stages of sleep.

Dreams mainly occur in the rapid-eye movement (REM) stage of sleep—when brain activity is high and resembles that of being awake. REM sleep is revealed by continuous movements of the eyes during sleep.

During REM sleep, the release of the neurotransmitters norepinephrine, serotonin and histamine is completely suppressed. As a result, motor neurons are not stimulated, a condition known as REM atonia. This prevents dreams from resulting in dangerous movements of the body.

Dreams have been seen as a connection to the unconscious. They range from normal and ordinary to overly surreal and bizarre. Dreams can have varying natures, such as frightening, exciting, magical, melancholic, adventurous, or sexual. The events in dreams are generally outside the control of the dreamer, with the exception of lucid dreaming, where the dreamer is self-aware. Dreams can at times make a creative thought occur to the person or give a sense of inspiration

Users browsing this forum: No registered users and 2 guests