2 posts [phpBB Debug] PHP Warning: in file [ROOT]/vendor/twig/twig/lib/Twig/Extension/Core.php on line 1266: count(): Parameter must be an array or an object that implements Countable
• Page 1 of 1 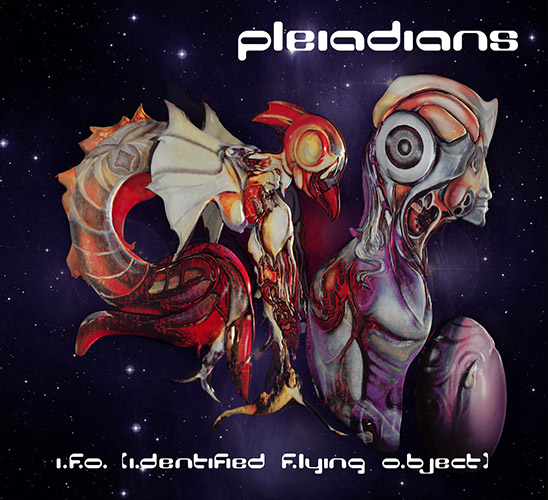 Pleiadians need no introduction and this is their Opera Maestra.
DAT are proud to reissue the original I.F.O. album together with an incredible live set and all their rare tracks produced between 1995 and 1997.

Released into a triple deluxe Digipak, it features a 12 page booklet featuring the history of the Pleiadians project and the chronicles of how the music was composed, refined and remixed. It is a stellar edition and a real collector’s item for whoever wants to own the most important album of the Italian Maestros.

The music has been gently mastered, taking extra care in preserving the dynamics of the original recordings, after an attempt restoration process that was needed for many of the tracks found on the DAT tapes.
Prepare for an interstellar voyage, a joyride of space galactic music mayhem that will take you to places you cannot imagine!

Pre-Orders will be available from the 31st October 2015 from http://www.datrecords.it
Official Release date: 4th December 2015
Top

Please don't promote in 'Psy News & Info, Free Releases' if it is no free release...

2 posts [phpBB Debug] PHP Warning: in file [ROOT]/vendor/twig/twig/lib/Twig/Extension/Core.php on line 1266: count(): Parameter must be an array or an object that implements Countable
• Page 1 of 1

Users browsing this forum: No registered users and 9 guests